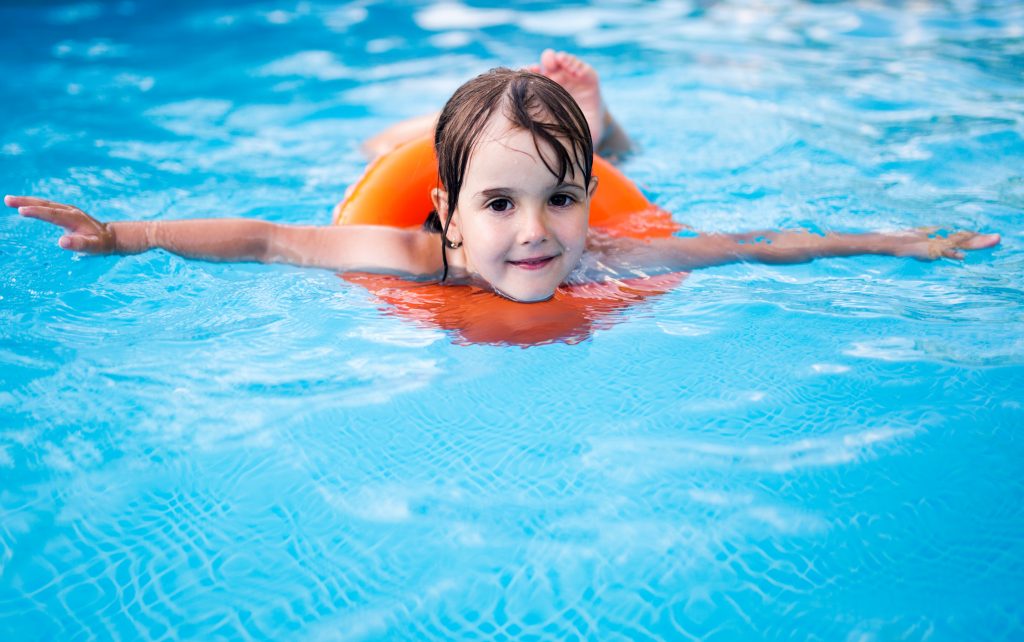 Using chlorine to clean your pool is and has been the most common technique for years, but it can present a problem when it comes into contact with the bacteria of the swimmers, most notably in the form of chloramines.  These chloramines are what causes the irritations in your eyes, nose, and lungs when you go to an indoor pool.  They can also corrode the equipment surrounding the pool, like the lifeguard stands and the air ventilation systems.  But there are many steps pool operators can take to limit the formation of the chloramines in the water and air as much as possible.

The first one might be the most obvious, but it’s also maybe the most important.  And that is trying to stop any bodily function from occurring in your pool.  People pee in pools, it just happens, but this also will increase the speed of formation of chloramines, so hanging a sign encouraging patrons to use the bathroom before entering the pool may help stop this.  And, even worse in all ways, is number two.  Most people know to not poop in a pool, but that doesn’t mean that it doesn’t happen, and this can be a major accelerant of chloramines.  Making sure people are not entering the pool if they have an upset stomach or diarrhea can help you prevent chloramines from forming.  And if, worse comes to worst and someone does poop in your pool, getting it out as soon as possible, despite how disgusted you might be, will help you slow down the formation as well.

Now, for the less revolting suggestions.  Another very helpful way to prevent the formation of chloramines is to require everyone who enters the water to shower off first.  Even a quick rinse in a shower can help remove a lot of the body waste that causes the formation of chloramines.  The cleaner someone is when they enter the pool, the less likely that chloramines will form.  In a similar vein, bathing caps can help with containing the dirt and sweat that is in our hair.

Making sure that the airflow in the swimming area is set up in a way that reduces the buildup of chloramines can also help.  This entails setting up a three-part cycle using your heating, ventilation, and HVAC system.  The first part of this cycle brings in fresh air from outside into the pool area.  The next part is placing your systems in a way that the fresh air from outside is moved across the water’s surface.  This will help you prevent the buildup of chloramines close to the water’s surface, which is where they are heaviest and, in turn, most dense.  The last part is moving the air that is polluted with the chloramines from the pool area to outside.  This cycle will be moving constantly to prevent the formation of chloramines.

Lastly, monitoring the level of combined chlorine will help you see if you have too many chloramines in your water and need to treat it.  Combined chlorine is basically another way to say chloramines, as it is the chlorine that has combined with the contaminants.  To figure out how much you have in your pool, you take your total chlorine and subtract the amount of free chlorine, which is chlorine that is able to sanitize those same contaminants.  If you see that your level is above 0.4 ppm, you will want to superchlorinate the pool, which will turn your chloramines into nitrogen gas.  To do so, you’ll need to close your pool and make sure it’s well ventilated because of the nitrogen gas, then raise your free chlorine levels to 10 times the combined chlorine level and slowly bring it down to the operating range.

So, even though you can’t totally prevent the formation of chloramines, you can definitely slow it down.  They may seem like an unbeatable foe, but using these few steps can help your pool be a place of fun and safety instead of a smelly chemical lab.  And if you do find yourself with a chloramine contamination, don’t panic.  It happens to pools all over the world.  There’s a reason they sell chlorine test kits in stores.  In no time, your pool will only have the problem of whether to play Marco Polo or pool volleyball.